Designed to improve the user's skill with non projectile weapons, the cyborg close combat unit (CCCU) was initially a combination of several implants used during to the Great Sith War. Considered a revolutionary design at its inception, the CCCU is an amalgamation of elements from these other implants, primarily those that enhance coordination, reflex and memory. Due to the huge amount of information and data manipulation required to correctly use a vast array of melee weapons and combat styles, the implant needs to be connected directly into the brain and nervous system. This is not just for transferring data however, but also to stimulate the lymphatic system to increase speed and reflex during combat.

The benefits of these improvements come with several disadvantages common with cybernetic implants. The most obvious is the cost of the operation, both in credit and in physical stress since the patients need a period of recovery and adaptation after surgery. This is addition to the loss of some lateral thinking used in mathematics and science due to the part of brain used for the connection with the CCCU. An uncommon side effect of the implant is cybernetic psychosis, which can be caused by overloading the patients brain with more data than it can handle. To try and prevent this condition, the CCCU has a safe-circuit that regulates the amount of information being sent to the brain.

During the New Sith War, forces commonly used the earliest version of this implant on both sides of the conflict. The implants were so widespread that scavengers would forcefully remove them from bodies on battlefields to sell them on the black market. After the war ended at the Battle of Ruusan, Republican scientists worked with the help of Jedi Weapon Masters to design an enhanced version of the CCCU for their special forces. However, due to the large number sold on the black market, various other medical research companies also joined the development race to enhance the CCCU. Over time the quality of the independent medical research designs caught up with that of the Republic and the CCCU is now considered a standard cybernetic implant. 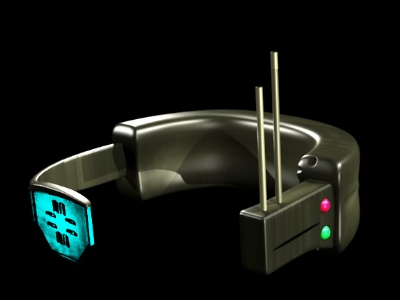