The KRS-1 Ore Hauler was designed and developed by KRS Industries. It was designed to be a forerunner in the raw material transport industry. In typical KRS Industries fashion, however, it was designed quickly and cheaply without any kind of market research. This has led to several issues in capturing the top spot for raw material transport. The first of the issues is that it is not uncommon for the pilot chair to be described as the least comfortable seat in the galaxy. Hard sharp edges in awkward spots makes for long cargo hauling uncomfortable at best. The next issue is they didn't achieve the highest cargo hauling available. Allegedly, the designers of the ship thought they broke records only to find out afterwards that they did not. They do provide one of the better sublight engine systems in the raw material transport market, but that was not one of the goals of the designers, but rather a happy accident. Other issues were later identified, like the focus of adding more hull plates to better protect the cargo was scrapped in favor of top of the line caf machine in every ship, as that was viewed as more of what the market would want from a ship of this type. These issues, however, did not prevent it from going into service, as it has several good design features such as the large carrying capacity, the good sublight engines, and the decent hyper speed engine.

Despite the poor choices made by KRS Industries, it has proven to be dependable where it counts, and will get people and cargo to their destination with a low chance to break down, but as it is unarmed it is not going to survive many firefights without escorts. 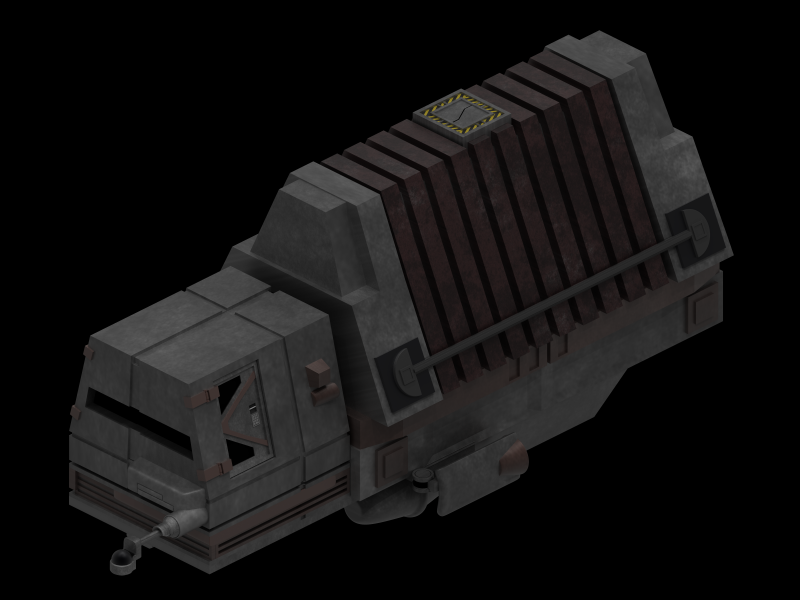