The AT-AT Barge is an Imperial transport ship built for the singular purpose of shuttling the formidable AT-AT Walkers from the docking hangar of a Star Destroyer to a planet’s surface. This dropship can house twelve of the massive land vehicles in its sizeable cargo bay. However, to hold so many walkers, the AT-ATs must be stored with legs folded and thus cannot be deployed directly into combat. Instead, the vehicles must be deployed through the floor hatches and their legs extended before entering battle.

The barge is equipped with heavy armor plating, keeping the vehicles in its immense hangar bay safe from the surrounding environment, be that enemy fire in planetary orbit or arriving in a hostile landing zone. An armed escort is typically provided as cover for the barge to help it reach its destination safely due to its slow speed and lack of weapons. This dropship also lacks a hyperdrive, which leads it to spend most of its time sheltered in a capital ship’s docking bay. 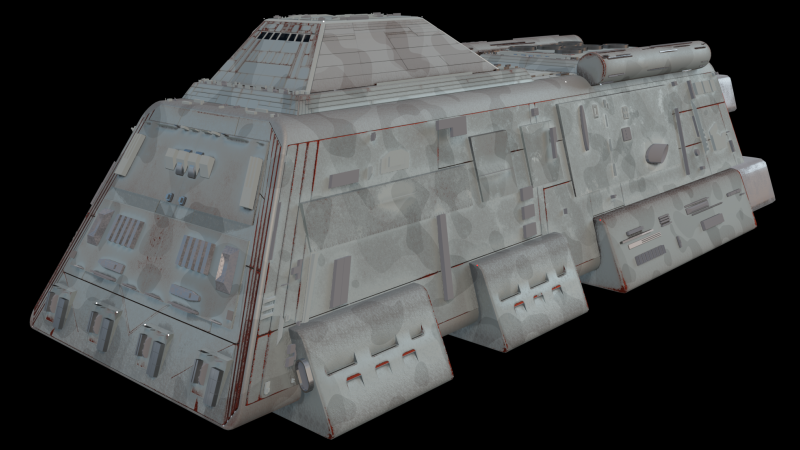