Asteroids are like a normal rock that one would find on any planet, except they are huge and floating in space. Each seems pretty boring on first look, but upon further examination, something interesting is often hidden.

One particularly interesting asteroid, called "Juggernaut," due to its extremely large size, spawned a huge expedition involving myriad groups all desiring to find out exactly why Juggernaut was where it was, when it was. The commotion occurred after government officials in the Dufilvian sector noticed the asteroid entering the Spica system during routine scanning. It was originally mistaken for a capital ship because of its size, speed, and vector. The private sector quickly caught on and much to the chagrin of Spican officials, a hoard of treasure seekers and the like swarmed Juggernaut. Some used scientific instruments, some used explosives, and others simply picked a hole and climbed in, spelunking until they found something that caught their eye.

Juggernaut's motives were never truly manifest, as it disintegrated without warning several months into the expedition. Many believed it was more than an asteroid and that it had had life in it. Whatever its true nature, the asteroid's existence and sudden non-existence still plague many of the adventurers who claimed a stake in its prize. As the galaxy continues to expand, Juggernaut will likely remain on the ever growing list of unexplained phenomena.

Asteroids are often blamed for the sudden disappearance of a species from a planet, as a collision with an asteroid of sufficient size can cripple an ecosystem. Many of these claims, however, are unsubstantiated, as most asteroids orbit stars just like planets do, and rarely do you hear an old wife hollering about Adkinien colliding with Coruscant. Even still, asteroid collisions do happen on occasion; often with devastating effects.

Asteroids are also often the home of those odd creatures who live in the vacuum of space, like mynocks and space slugs. They are prime real estate for these species, as they are small enough to disallow any atmosphere (undesirable to vacuum-dwellers) but large enough to have some degree of sustenance for them. When the unwitting space traveler parks his craft on the surface of an asteroid-home to one of these creatures, he will almost certainly receive an unpleasant surprise, as mynocks love to feed on the plasma discharges of spacecraft. But the traveler who manages to rid himself of these interstellar parasites would be wise to be thankful that he did not get swallowed up by a giant space slug.

Asteroids can also be the home of those souls brave or desperate enough to dig in and establish a base inside one. Attracted to what most would consider an undesirable habitation, are those entities that society generally views as the scourge of the galaxy, such as smugglers, pirates, and other criminals. When an existing asteroid cannot be found to house illicit operations, many individuals go further and create new bases to resemble the space debris. While not boasting the most aesthetically pleasing facades, asteroid hideouts have many advantages over the naturally formed bodies and come in varying dimensions. 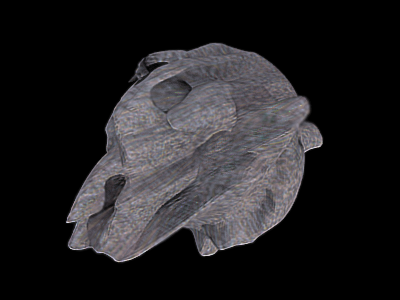