After the H-Type and J-type yachts became synonymous with wealth and prestige among the galaxy's elite, a number of imitators were introduced to the market to capitalise on this image. The KR-4B luxury star cruiser was one of those, with a design so reminiscent of Nubian ships that even experienced pilots and mechanics had difficulty differentiating the KR-4B from its Nubian counterparts, and most starports misidentified as such.

The shipwrights behind the KR-4B set out to design a flashy ship that could catch the eye of well-to-do without sacrificing any of the shielding and defensive capabilities that buyers would expect from a ship its size. This focus was mainly inward, with entertainment and pleasure systems that few other vessels could provide. The ship also had military grade deflector shield systems installed, providing its clientele with the protection that the wealthiest sentients have come to expect. However, the installed armament and hull strength never stood out from the competition, and the KR-4B's hyperspace and subspace engine systems failed to set it apart from similarly classed vessels. What did set the ship apart from many of the more common corvettes of its size, was its modest hangar and docking bays that can host an escort of starfighters or even a smaller freighter or shuttle.

Market analysts have concluded that the designers misjudged their target clientele. For its price, merchants could employ frigates or heavier freighters with much higher capacities and armaments, while sentients looking for a luxury vessel to meet their refined tastes had many more affordable options for pleasure yachts. To add insult to injury, the similarities to the Nubian vessels resulted in extensive patent infringement litigation. While the designers were ultimately cleared of any wrongdoing by the courts, the reputational damage was enough to bankrupt the company. Although it never became as ubiquitous as intended, the KR-4B has developed a dedicated cult following, especially among enthusiasts of Nubian yachts who lamented the lack of defences and relatively small cargo and passenger capacity of the smaller ships. 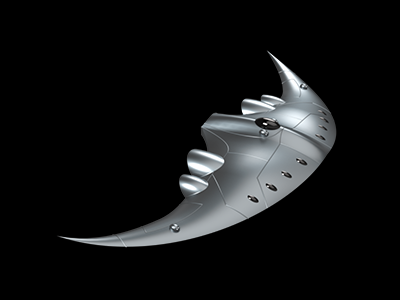