The Submersible Devilfish, also known as the OMS Devilfish Sub, is a one-man deep water submersible vehicle, named after a mythical creature from the folklore of the ancient Rishii people. They first saw deployment by the Grand Army of the Republic during the Clone Wars on planets like Mon Cala, Naboo, and Dac. The Devilfish saw continued service into the early years of the age of the Galactic Empire.

The OMS Devilfish was built from lightweight internals designed to be as buoyancy-neutral as possible and encased in pressure-resistant duraplast plating. The sub was equipped with manual internal air bladders to allow the user to easily control their buoyancy even if the onboard electronics died. The 'cockpit' is composed solely of a simple transparisteel shield to protect the pilot's head, a set of handlebars to steer and a simple systems control interface, leaving the rest of the back of the sub completely open to allow for extremely rapid deployment or escape in case of sinking. The onboard systems featured a sensor array for low visibility conditions, and two light blasters specially designed to function underwater. As the pilot sits unshielded at the very back of the sub, the propulsion comes from a simple intake and water jet system, preventing environmental damage and harm to the pilot but also reducing the maximum speed the sub can reach, capping-out at around 80 km/h.

One of the biggest drawbacks of the Devilfish sub was its lack of onboard breathable air supply, limiting the pilot to only as much air as their amphibian gear can supply. This combined with its extremely specialized use made it fall out of favor as standard military equipment and so many ended up on the civilian market. Civilians find many uses for it; from fishing and hunting on aquatic worlds, to scientific research and study, to scouting underwater caves for mining operations, and many more. 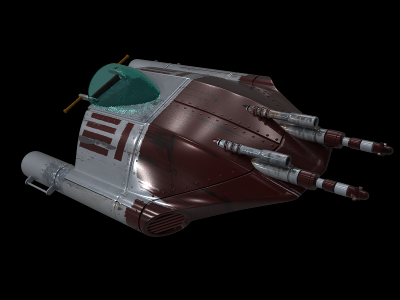 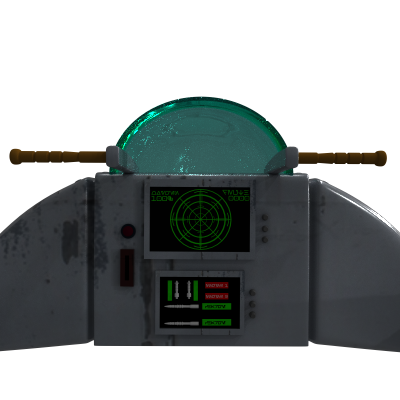